Abdoulaye Samb and the musicians 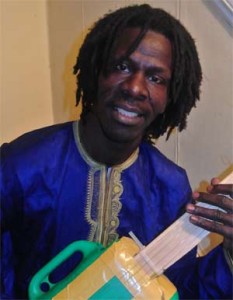 Originally from Senegal, Abdoulaye Samb was inspired by his brother who was a musician.

His brother started to teach him how to play the drums. However Abdoulaye Samb  had the opportunity to work in a builders merchant in the village of Yene by the sea.
He was influenced by the beautiful scenery and the surroundings. All of the sudden, he had the urge to create his own sound. He went back to the shop and grabbed the tools he could find and started making his own guitar with fishing rods and a petrol can. See his documentary here  Since then, the guitar became his favourite instrument.

Minnjiaraby was re-founded in 2010 in London and since then
the group has been performing in the East London music scene. 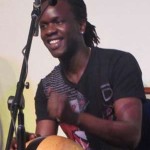 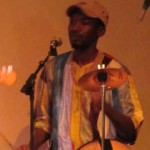 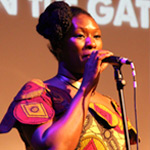 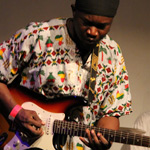 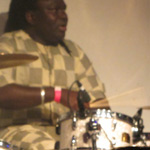 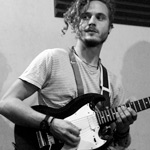